Top 5 Wednesday is created by Gingerreadslainey. Each week there is a new bookish topic, where everyone can join and create their top 5 list. You can find more information on the Top 5 Wednesday goodreads group. This week’s topic is:

Books You Want to See as TV Shows 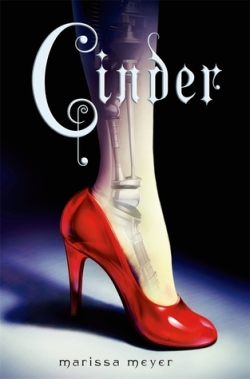 A lot of the books I have read are already made into movies/TV shows, or planning to be on the screen. But here is some books that would be really cool to watch as a shows on the TV.

This series is really good, and would be a great TV series. It has a great group of characters with their own different backstory and personality. And an interesting world building with an evil empress. This book is action packed with personal drama and a touch of romance.

Red Rising would be epic on the screen. I’m not sure if it would be better as a movie or TV show. But I really want it on the screen. This book has also an interesting world building. The main character lives in a dystopian society, he joins the resistance group Sons Of Ares that wants change to the society. A lot of politics, a lot of action and betrayal.

The Bronze Horseman by Paullina Simons

This book would be a great mini series on TV. Set in Leningrad during world war 2, it follows a girl and her family trying to survive the war. This book also has a romance plot. It would be a great story on the TV screen, and I think a lot of people would watch it.

Vicious would be a really cool and interesting TV show. A mysterious thriller series with super humans, that is darker and grittier than the usual action packed superhero movie. Like marvel and DC comics etc.

The Selection series by Kiera Cass

I didn’t really like these books. But I really like the concept. I think it could be a really cool teen/ young adult drama series on TV. Ala Pretty Little Liars.

2 thoughts on “Top 5 Wednesday September 14: Books You Want to See as TV Shows”